Tearoffs are Objectspace's gallery catalogue format of choice. A2 sheets that you can 'tear off' and take away. For Make/Use, we had a series of five tearoffs. This is the fifth and final.

New Zealand designer Lela Jacobs joined Make/Use for the final workshop at Objectspace. Participants were introduced to the pattern for Lela’s zero waste Smoking Jacket, and were given the opportunity to experiment with the possibilities of evolving it through Make/Use modification techniques.

The smoking jacket
The most basic smoking jacket form comprises a single cut that creates the front opening of the jacket, and ends at the back of the neck. The sides are then sewn up, leaving an arm opening. The innovation comes in the positioning of the neck opening via the length of the cut, which alters the way the garment hangs on the body. Further modifications can be made by the wearer through variously wrapping or tying the ends of the jacket hem to create different forms.

Modification #1: Neckline
With the positioning of the neck opening being so central to the smoking jacket design, the application of a Make/Use neckline was an obvious potential adaptation. Most suited for this purpose was the collar neckline, which extends the original cut and adds a square upside-down U-shaped cut to its termination point, thereby creating a dropped back and neck band. Participants explored variations on this, including a cross-over back created using an elongated version of the neckline.

Modification #2: Rotation
The Make/Use rotation method uses a curved cut and 180-degree rotation of any garment ‘tube’ (e.g. body, sleeve), to create a ‘bent tube’ that alters the drape and reshapes the hemline or sleeve. Either a vertical (sleeve) or horizontal (body) rotation can be applied to the smoking jacket, as it can essentially be considered a tube in either direction. One participant explored the vertical rotation, which created a flattering taper from the sleeve hem down to the base of the garment.

Modification #3: (Pre)finishing
Participants also employed Make/Use techniques for pre-finishing the cut edges of the cloth with paint, prior to cutting. This was a quick and accessible finishing option, and also provided opportunities for customising the detail of the garment. Participants explored different colour options, and one even experimented with manipulating her painted linen voile to achieve a crinkled-paper effect, which acted as both a hem finishing technique and added visual interest.

Modification #4: Joining
As an alternative to machine sewing, some of the maker/users explored hand stitching using the insertion stitch, which is used in Make/Use to ‘mend’ or ‘reset’ a previously cut area. Some participants utilised the organic, hand-crafted quality of this stitch to produce beautiful design details. In one instance, this detail resulted from a modification during the design process – or the ‘repair’ of a cut that was later deemed too long – both altering the garment and making it unique.

The workshop marked the beginning of a collaboration between Lela Jacobs and Make/Use, and evidenced the potential application of Make/Use elements to existing patterns, or pattern development. Make/Use would like to thank Lela, and also the workshop participants, who applied themselves so fearlessly to this exploration at the cutting edge of avant-garde garment construction.

Lela Jacobs is known for designing clothes that are both beautiful and enjoyable to wear. Do you see your work having an impact beyond the business of fashion?
I feel like my purpose is to garb humans, and to make them feel comfortable, so they can think about more important things, including other people, different ways of existence, non fashion related topics, anti-trend, anti-fast, all of this stuff. I’d like to think that people could just get up and throw the same thing on every day. It frees up a lot of time and energy, and then the emphasis can be on caring for each other. So I have a desire to have a kind of personal uniform, and I think there’s a lot of potential for this in the parallels between my work and Make/Use.

We have been excited about your engagement with Make/Use zero waste user modifiable fashion. What does zero waste mean to you?
Sustainability didn’t really play much into my thoughts when I first started; that has come about with time. It was more that I was poor but liked nice fabrics – I’d paid for the fabric so I didn’t want to waste it. I once designed a jacket that had waste and it hurt my feelings so much that the jacket ended up being sold with a teddy bear in its pocket, made from the scraps! The other side to it was that I actually started discovering form by seeing how abstract you could get with cloth, so folding it, slicing it, opening it up, joining it back together in different ways, and seeing what shape that delivered. So the zero waste thing came from being poor, and then it moved into concept.

Make/Use is obviously about user modification as well as zero waste. Do you have any examples where you consider user modification in your work?
The blanket. The blanket’s so great. You wrap it around you, you use it as a scarf, a poncho, in a sense – the poncho is a modification from the blanket. So, there’s always a blanket, always a poncho, maybe a blanket with an arm hole in it, that you can put your neck or your arm through, but you still get all of the uses of the blanket. There are so many things that have modifications on them, really. Even just flipping something up the other way, or wrapping it around – like the smoking jacket.

You generously provided the pattern for the smoking jacket – one of your favourites – for the last Make/Use workshop at Objectspace. Is open sourcing your patterns something you would do in the future?
Of course! Open sourcing is awesome. As a designer, you’re coming up with new things all the time, so something like the smoking jacket, which I’ve been doing for years, I have no problem open sourcing. Also, it’s simple for people – it’s one pattern piece, two seams – I think that’s the bridge, to get people into sewing. For one of my next zero waste collections, I’m actually looking at providing the paper pattern when people purchase the garment, which is a form of open sourcing.

Do you have any reservations about open sourcing devaluing your work or brand?
Some would, but I don’t think it will be damaging for the brand. I like the idea of encouraging change, or a new direction, or a new model, and figure I live once – I don’t need to just hold on to all of this stuff. I guess it depends on how you see damage...

...and how you see brand!
Definitely. Going back to that idea of something being like a uniform, if you open source something, and it does become uniformic, it means it’s correct – for society at that time, for the environment... that interests me.

Do you feel that Make/Use could have this sort of impact?
I feel like once people understand it, they could have it for the rest of their lives. And I think that’s incredibly powerful, because you’re easing up people’s existence financially, and giving them freedom to embrace other important things in their lives – teach them how to get rid of the trend mentality – and so, you’re giving them confidence. So it’s huge, and I think the philosophy, the psychology behind it’s brilliant. As a package that could help change the system, it’s one of the most exciting things that I have seen in a long time.

Do you think that it’s because of the knowledge that you have, that you can see the potential in it?
Possibly, but I think that anyone that comes from the pattern world – be it hard or soft materials; fashion, architecture, or industrial design – should be able to see the benefit.

Make/Use has obviously benefited so much from your involvement, but do you think that this will in any way influence your work?
Oh yeah, absolutely. I’m keen to use some of those templates! It would be great to have a set to play with. I’d also like to include a collaborative style in the next collection – maybe the Make/Use advancement off the smoking jacket from the workshop...

So you’re already envisaging Make/Use becoming part of your collection?
Yes! Would Make/Use look at selling anything?

Well obviously the key thing is that it’s open source, but it’s also about accessibility for people with different levels of time, money or ability. In future, the website might enable people to buy the pre-finished fabric, or a partially finished garment that they can then modify, as well as accessing how-to videos and software to determine parameters based on fabric widths, body measurements etc.
You could buy your whole wardrobe printed on a roll of cloth! It’s so exciting – it could go so far. I’m really happy to be on board, and I can’t wait to learn more. 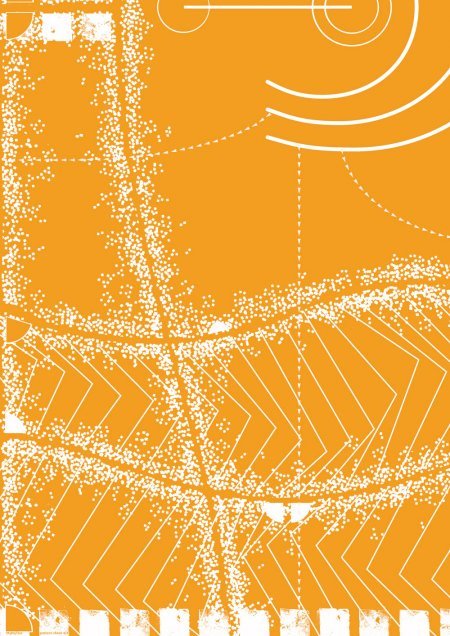